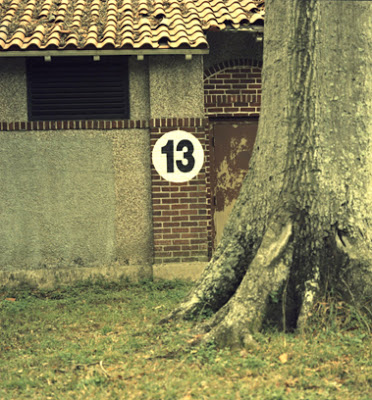 Well, I probably did promise never to go that long without a photo. But I have say, nothing new and inspiring enough has come across my lap to send you something until now. Not that there’s a lack of inspirational things and people to photograph, but not for the esteemed P.O.D. (thats’ you).

I recently ran into my good friend Leslie Smith at MoJo and after getting our coffees she says she has something for me at her dad’s studio. Her dad, is legendary New Orleans photographer Michael P. Smith. A man whose work and legend I have been chasing, and trying to feel since I have moved here. But, I’ve been knowing Leslie for years, and her impromptu soulful singing and vivid stories of her New Orleans childhood, and father’s stories, have kept me intrigued and further falling in love with this city and it’s children.

I came by the house, and she shoves four full ziploc bags of film in my hands..

“You think you could use this, honey? My dad’s been having it here for a while, and the place is a mess. I am trying to clean some things up. Can you use this?” She points to the darkest corner of the room. “It’s an old backdrop and lights” …near the hanging original bar of Tipitinas full his photos and Bunny Mathews’ artwork, Indian Feathers, decades old dusty Carnival masks, hand-drawn marching crew maps, shrines, and

“Not now” I say as I inspect the bag:

You get it. And still cold.

Now, film is like milk and it isn’t. The less obvious reason are: you can keep it in the fridge and it stays good. the expiration dates are set in the future (milk’s future, sooner than film).

So you can see now how old this film is. I love Leslie.

My link to the past, my link to treasures and street scenes is ever strengthened. All the possibilities and ideas i am having on what to shoot with this film. The street, the faces, my city. But before that, i had to test the film… 30 years is a long time for anything to be in the refrigerator.

Here are the tests….more to come, and learn:

While you’re at it, check out Michael P. Smith: www.culturalicons.com

Event and Conference Photography in these COVID times

Business Branding and Lifestyle Photography in New Orleans: Your story is the lead character!

The listening photographer is a client’s best friend

Event and Conference Photography in these COVID times

Business Branding and Lifestyle Photography in New Orleans: Your story is the lead character!

The listening photographer is a client’s best friend