How To Shake A Piano Man's Hand - My Dr. John Remembrances 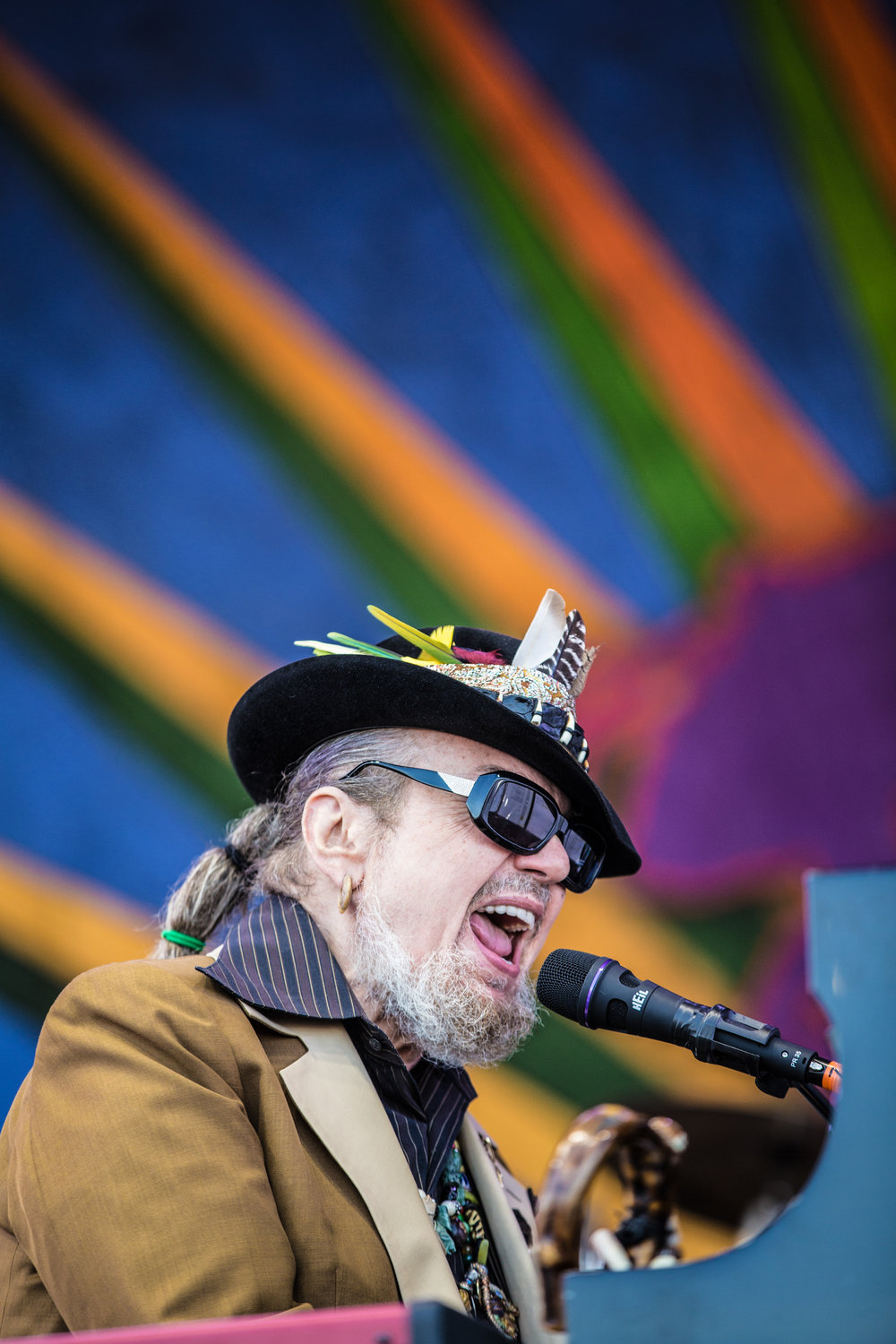 Remembrances of someone you didn’t know on a personal level are just what it says – it’s what you remember. For me, remembering Dr. John has alot to do with my moments with him talking, observing, and photographing him. Each time I had a moment with Dr. John I came away learning something about him, New Orleans, and even about myself. Dr. John’s music, persona, and everlasting mark on our notion of “what is New Orleans” will always be his very own. Never one to take credit for even his name – Dr. John always reminded you that New Orleans music was “latin tinged” and that we were “northern Cuba, Caribbean, and Dominican Republic”.

When anyone stepped up to the microphone of New Orleans to sing and say what they may, it always had the faint whiff of bamboula, tobacco, and rum on it’s tip. Dr. John reminded us of that.

I had photographed Dr. John a few times before I personally met him, having received a call to photograph an original Zulu tribal mud mask for his 2010 album, “Tribal”. I arrived at his house, a little star struck-ness building on the ride over, and gregariously reached out my hand to shake it. Maybe I shoot too hard, my dad taught me right, but the good Dr. recoiled to me and said “hey man, why so hard, just light-like” (or something along those lines) and just put his hand in the air and twiddled his fingers. 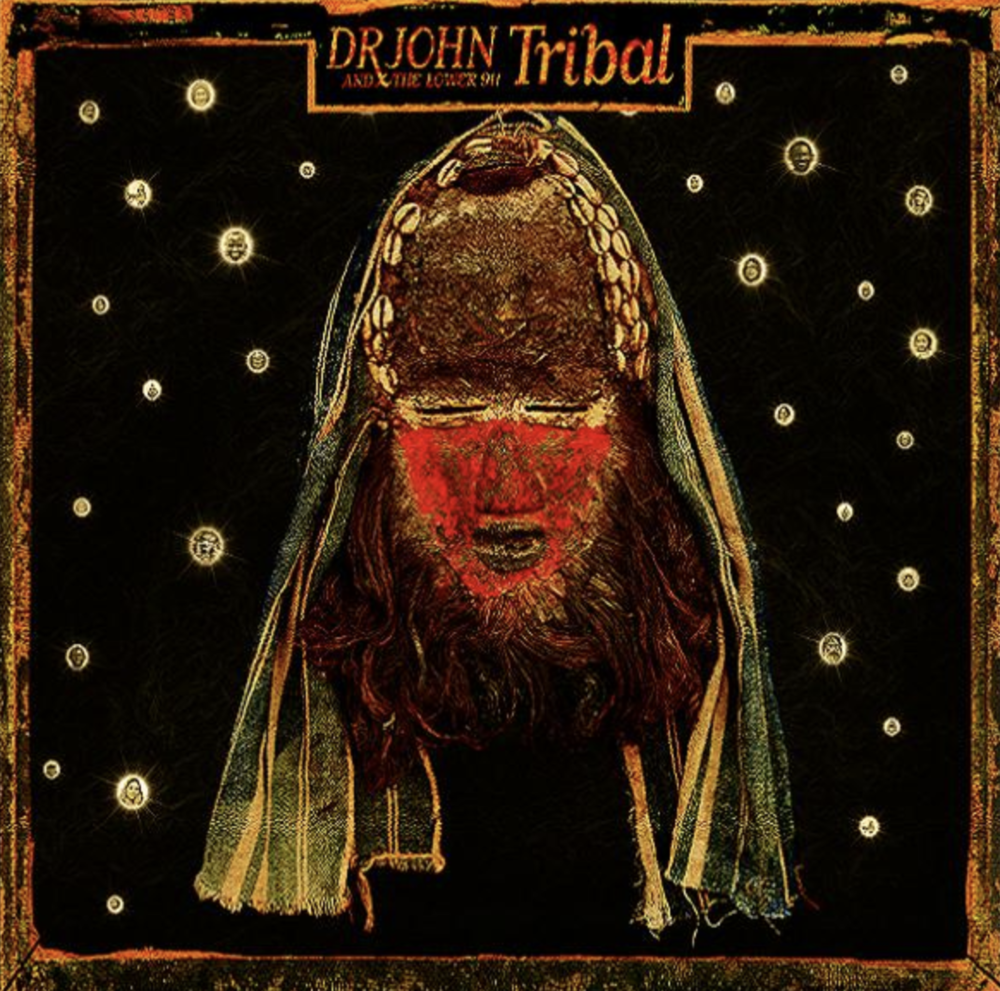 Final album artwork for “Tribal”. Never have I sense handled something so softly…

After Dr. John and I spoke a bit about the mask and it’s stark significance, he gave it to me to photograph outside. By myself. Dr. John’s Zulu mask. In the days before I recorded EVERYTHING, I was only left w/ that moment alone, with this relic of spiritual heaviness and musical importance. Alone. I look back and wish I would have taken a photo with Mac, or with the mask to help tell this story, but words will have to do. I learned about listening and watching others more, seeing how they want to be received, and not how I receive them…strong hand outstretched eager to pull in a diagnose. It’s about empathy, listening, and after holding that mask for an hour – trust. 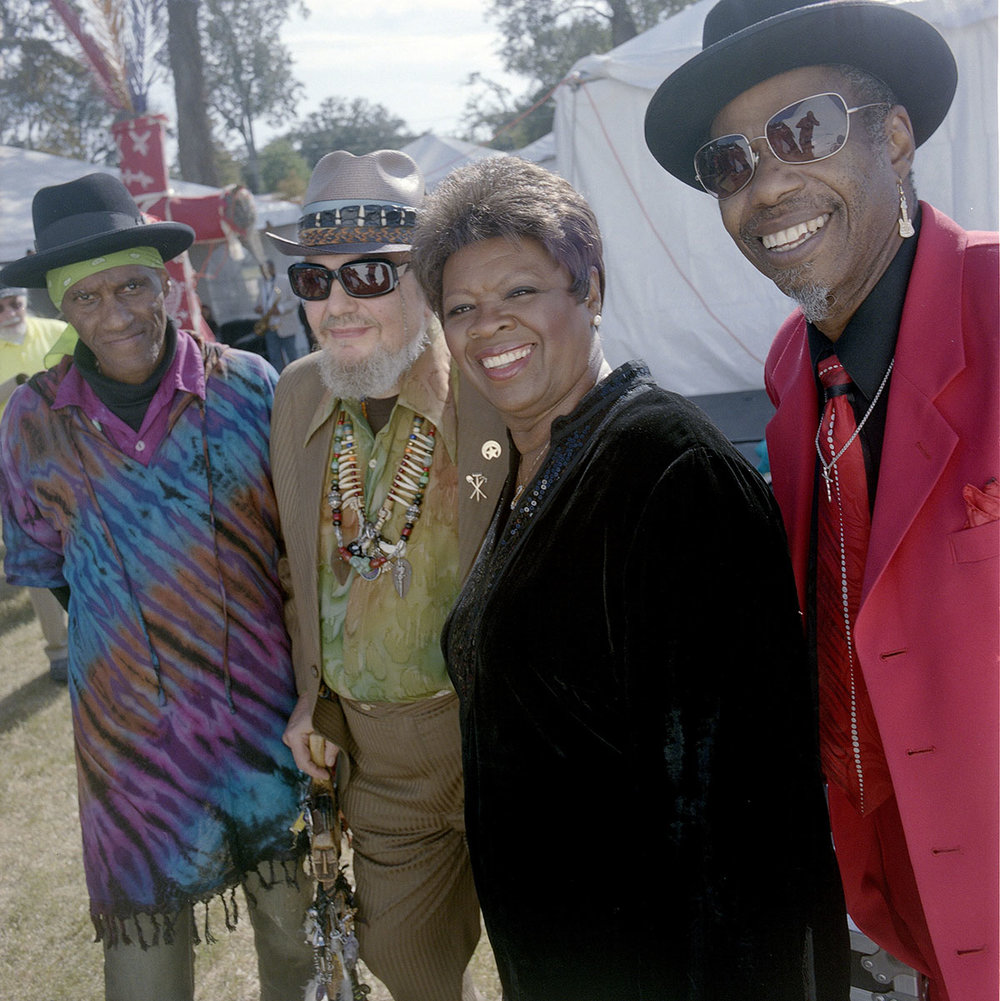 It wouldn’t be too much longer after that album shoot that I got to meet Dr. John. In 2011 at my backstage portrait booth at Voodoo Fest I was hurriedly rushed over by my friend Adam Shipley saying “you want THE picture?” Trusting him and not knowing what I was about to get into, I ran with him armed only with my Hasselblad and a 50mm lens. We get to where we’re going and I see the Mount Rushmore of New Orleans music: Cyril Neville, Irma Thomas, Walter “Wolfman” Washington, and Dr. John. I had photographed everyone before and went over to say hello’s, but when I got to Mac, I remembered….raising my hand to greet him I put my palm up and started twiddling my fingers…he laughed, did the same thing to my hands and said “all right man, good to see you”. Made. My. Day.