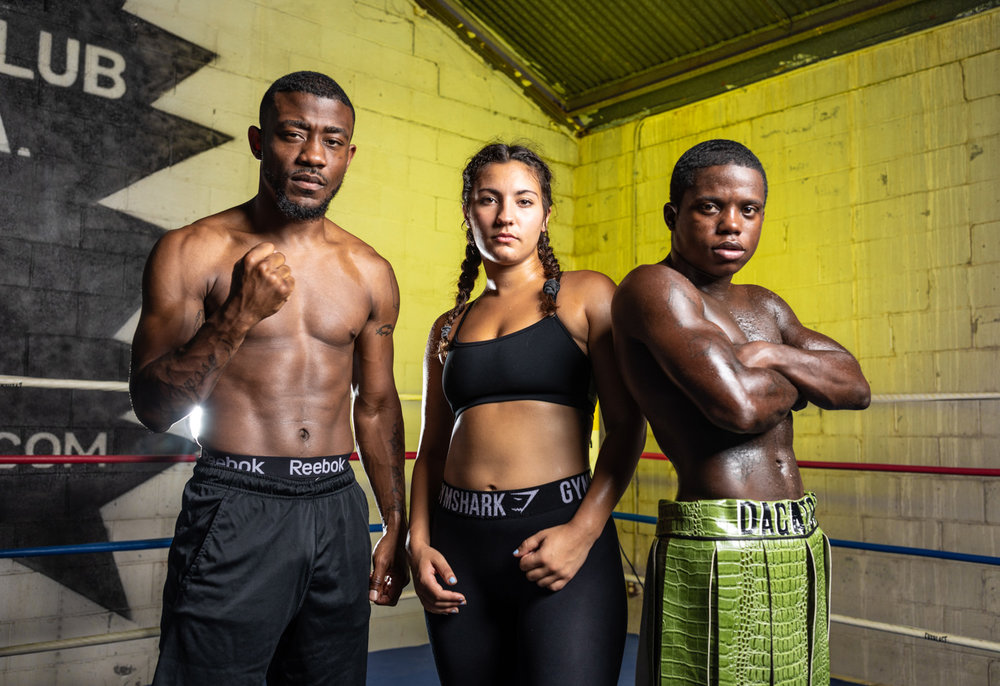 I recently had the opportunity to photograph some promotional portraits and action photography for local boxing promotion company, Swarm Enterprises (https://swarmenterprises.com/), in anticipation of their upcoming bout in New Orleans on September 6th at The Sugar Mill. 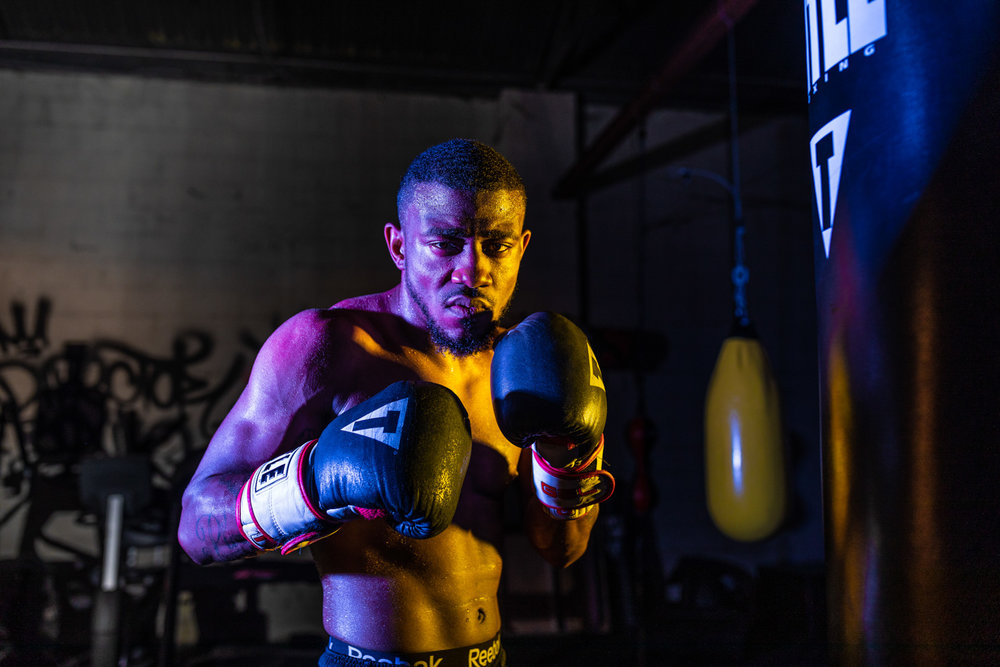 I had always wanted to photograph New Orleans boxers and have photographed a few Friday Night Fights events on Freret years ago. I enjoyed photographing live action boxing, but I never had the chance to craft the boxer’s story using my own strobes, color choices, and creative vision.

CHECK OUT THE BTS AND FINALS IN THIS VIDEO!!!

Bringing my A-game was not an option. It’s required

The folks at SWARM were gracious enough to let me drive the creative ship with some amazing input from them on site. I had never been to Director Boxing on Jackson Street in New Orleans, so I had to be ready for any type of weird artificial lighting that was hanging from this old uptown warehouse. 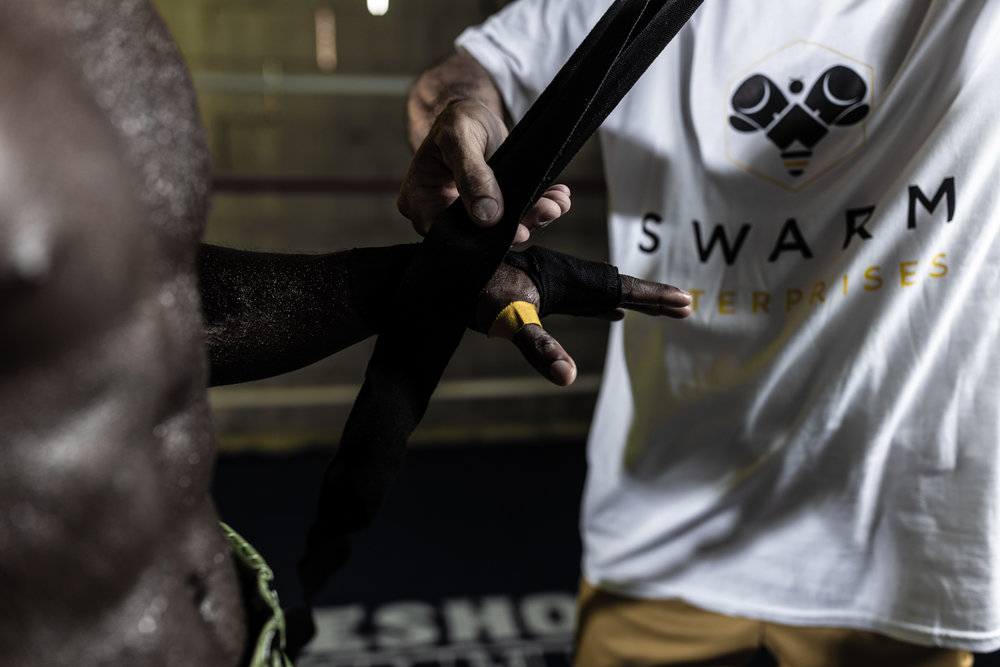 Do you have a creative brand driven project you need photography for in New Orleans or Gulf Coast? As a New Orleans photographer and storyteller I would love the opportunity to work with you like I did for Swarm Enterprises. All it takes is an email… 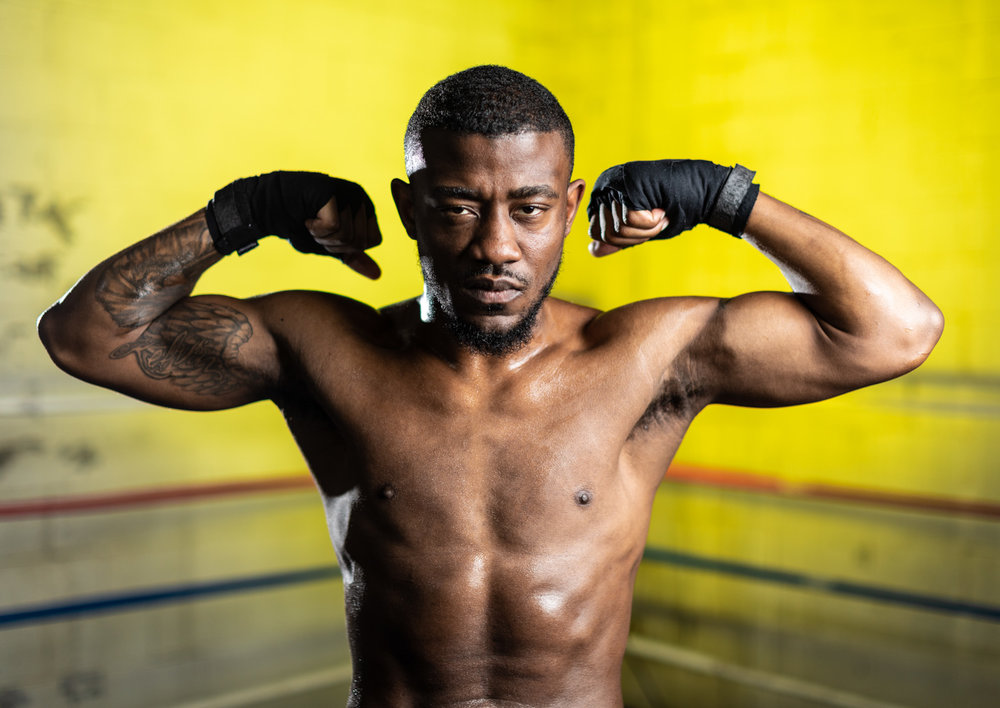 What strobes and modifiers do you bring to a boxing portrait photoshoot?

In this case I had to bring most of my trusted lights and light modifiers since I didn’t know what to expect. I brought with me my usual Paul C. Buff lighting gear: three Einstein 640w strobes, two large softboxes, one strip softbox, 3 silver 7” reflectors with my grid set which contained a 10º, 20º, 30º and 40º grid. I knew that when shooting boxers, I would most likely be taking photos of athletic young people who took care of themselves and were in peak form. 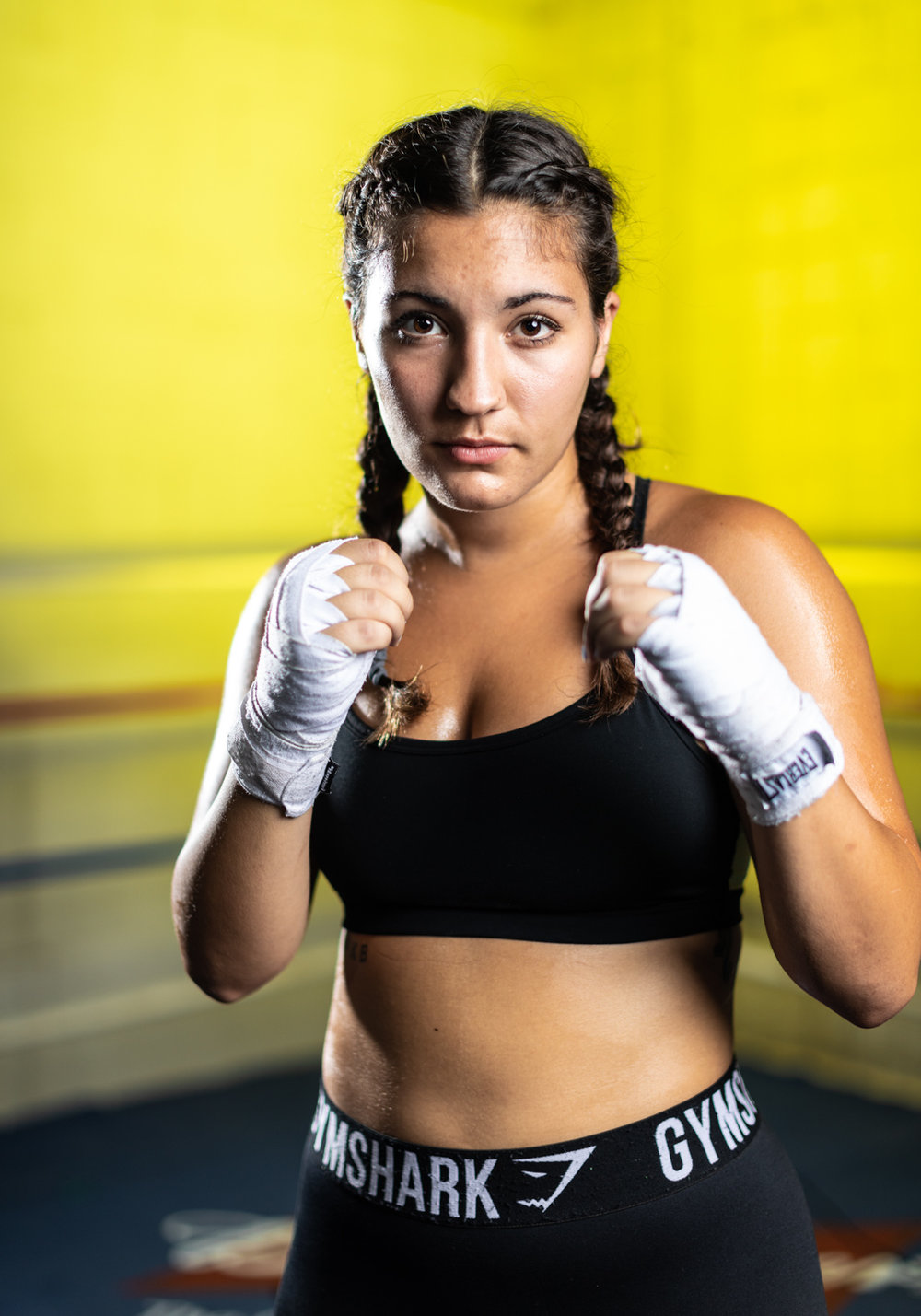 Using a smaller more direct light could give me good definition on various muscle groups. (Abs baby abs!!!). I also brought with me my color gel pack as I might want to highlight certain colors and tones that identified with the brands yellow and black colors.

With two small reflectors, as in this shot, I could use it as harsh rim light on the right side of the boxers head and put a yellow gel on the other one and place it behind her aimed at the wall. One large softbox was placed to my right at about 9’ aiming at 45º down at her face.

Creating contours with color and tonal contrasts are surefire ways to give your images dimension and a perceived depth.

This particular image was shot at: 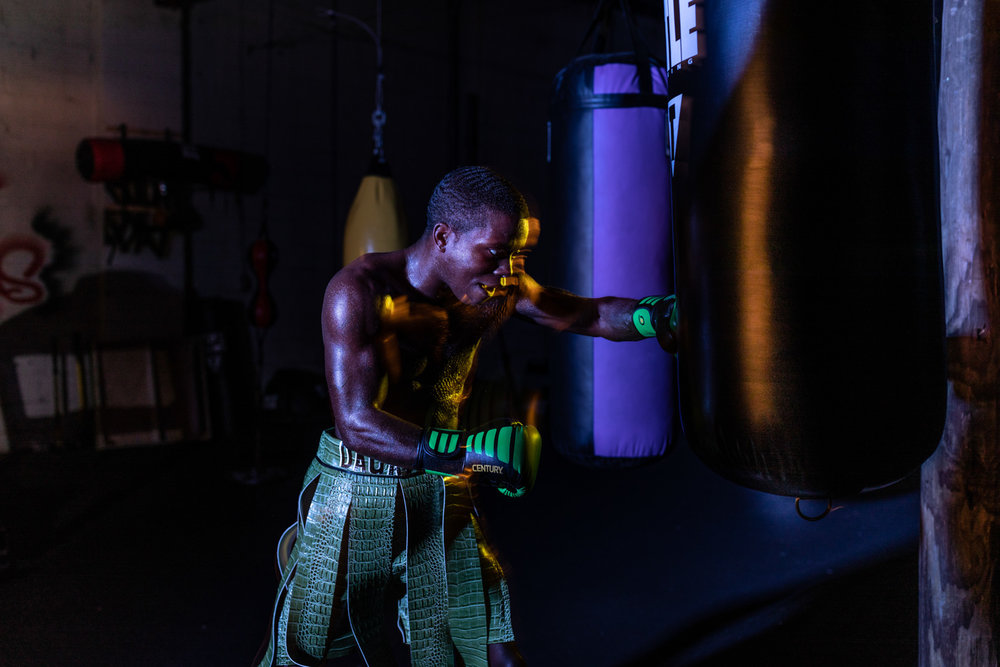 In this particular image my goal was to create a little bit of action because what good is a boxing portrait session without throwing some punches…and seeing it! I had to turn all of the gym’s lights off so that I could use my shutter speed to slow down the action without soaking in an recording all that ambient light. I used the modeling light of my two side gel reflectors (one yellow, one purple) to provide the necessary ambient light to focus. ISO160, f2.5, 1/13, 35mm 1.4

Please enjoy these images and share! Don’t forget to check out the fight on September 6th in New Orleans! 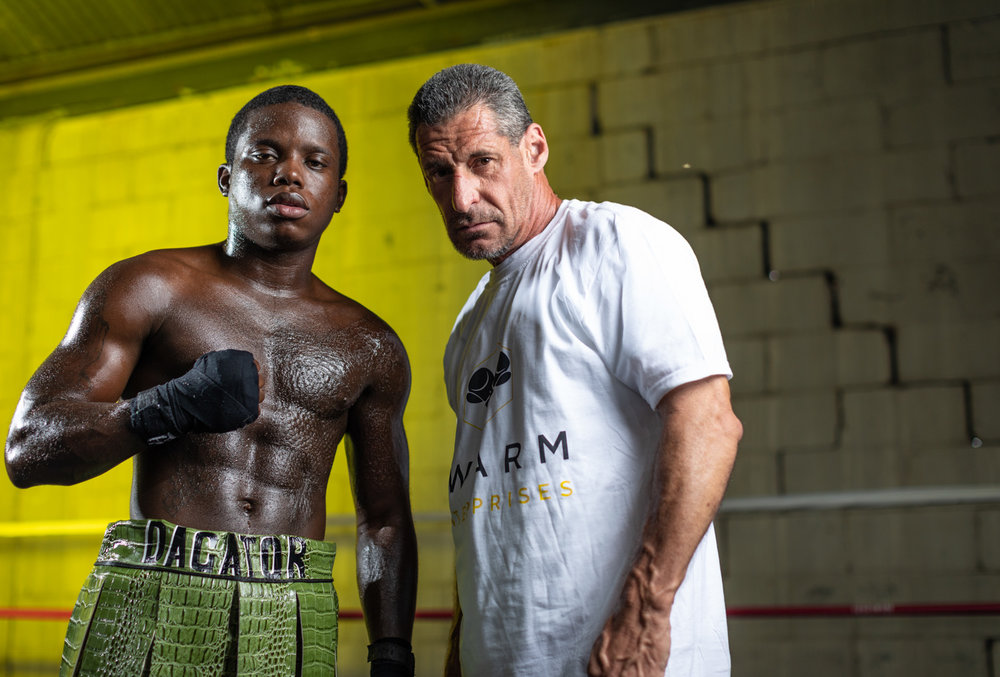 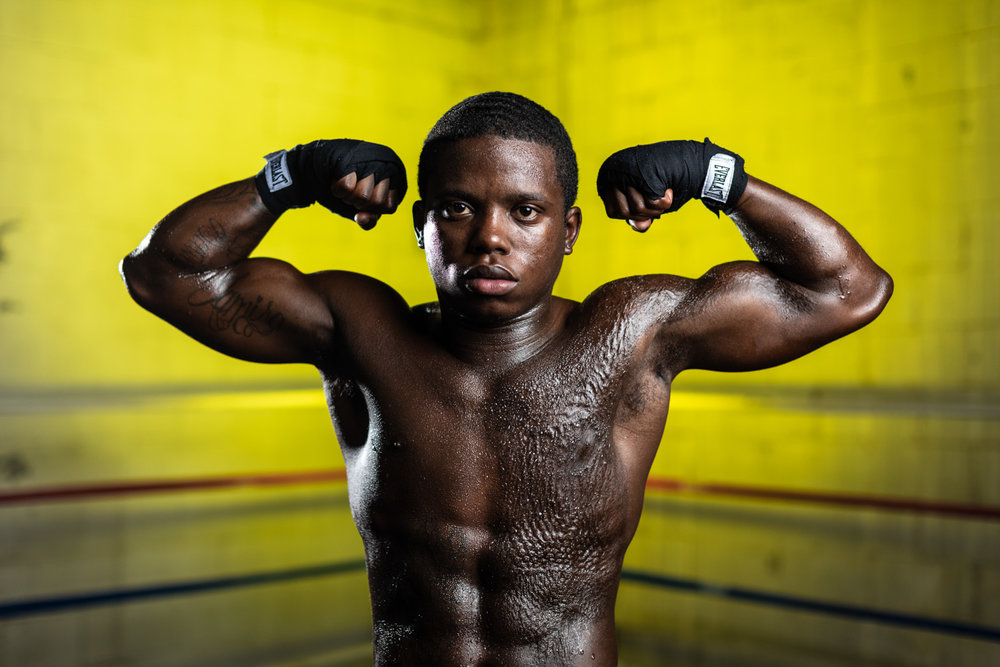 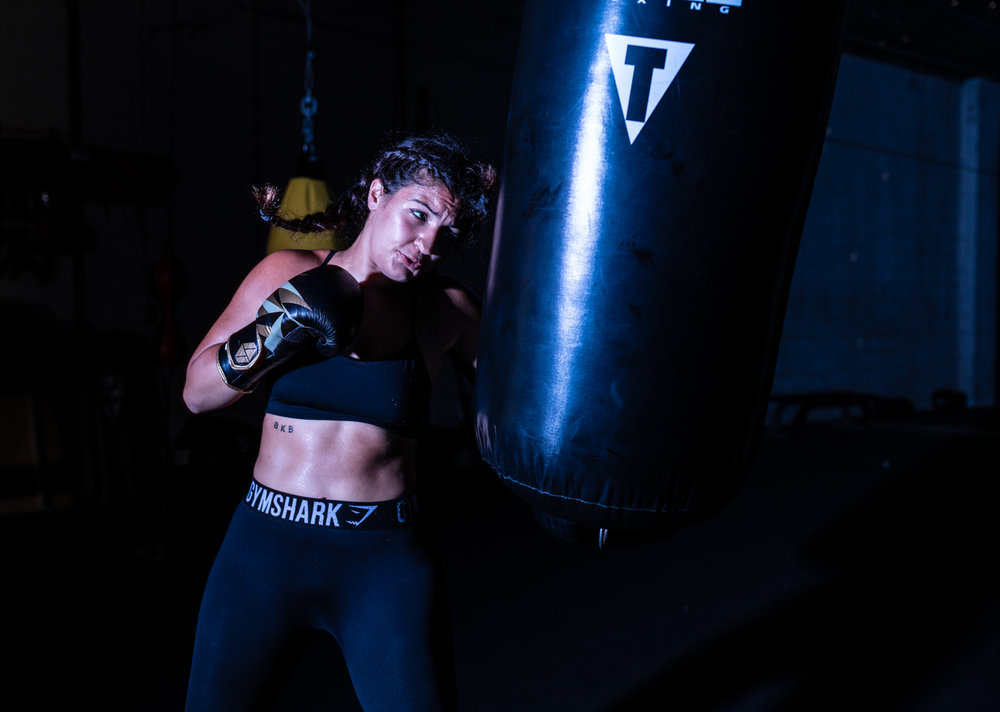 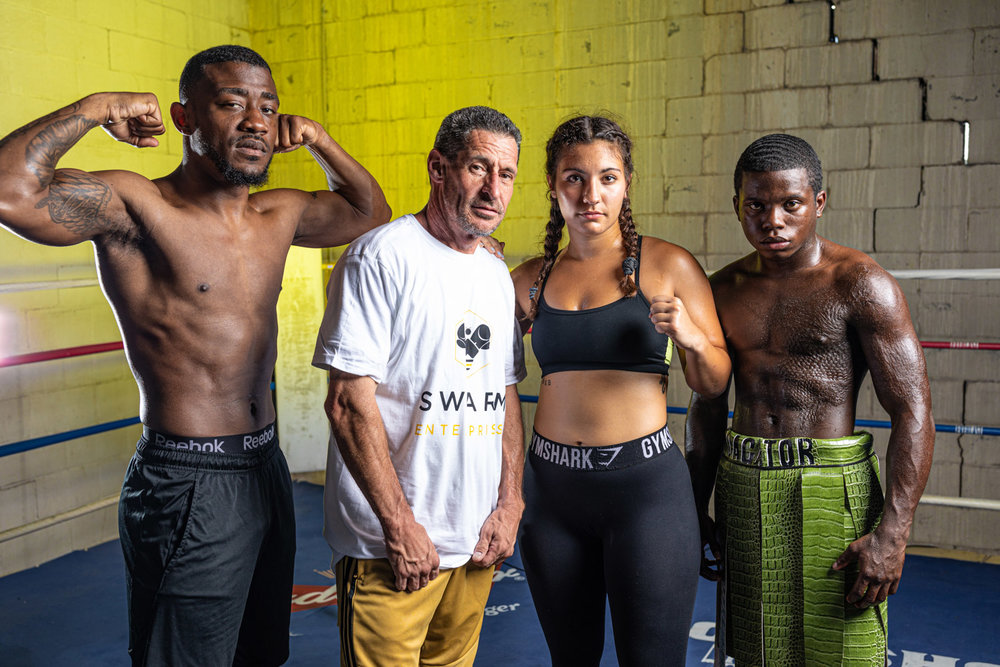